This story was originally published on Explorersweb.

The three main towers of the Torres del Paine punch skyward from the Chilean Patagonia like massive jagged needles. With 1,200 m of near-vertical relief, the Torre Central is the hood ornament of the surrounding massif, which bristles with imposing shale-capped peaks.

Mountaineers first stood at the summit of Cerro Almirante Nieto (about 2,600 m) in the 1930s. This January, a team of three submitted the massif’s last unclimbed peak via a moderate but “intense” first ascent.

Sebastian Pelletti, Romano Marcotti, and Pepo Jurado’s “Vacaciones Metamórficas” (600m, 5.11- or 6b+/c) tops out Cuerno Este at over 2,000 m. Though multiple routes dot the lower granite walls, only a few continue upward into the shale headwall. How no one had found the summit before Pelletti, Marcotti, and Jurado, wrote climber news outlet Patagonia Vertical, “is anyone’s guess.” 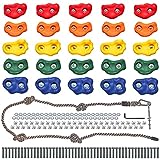 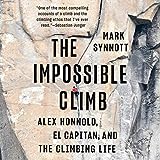 The ascent did require a few attempts. Pelletti and Marcotti started up the formation in early January, forging a line alongside the five-pitch “Bailar con el Viento.” But they descended after reaching the headwall and came back with Jurado, pitons, and a hammer.

Patagonia Vertical’s description of the headwall climbing made their apparent desire for stout protection look sensible. Loose rock litters the 300m wall and produces some overhanging sections that are difficult to protect. The resulting climbing was intense.

The 181,000-hectare Torres del Paine National Park is one of Chile’s largest and busiest protected areas. Of the park’s roughly 250,000 yearly visitors, over half are foreign. The Cuernos del Paine, including Cuerno Este, surround the Torre Central to the southwest.

For Pelletti, “Vacaciones Metamórficas” was another notch in the belt. In February 2020, he joined Cristóbal Vielma Sepúlveda for a similar first ascent called “Despierta y Lucha” on Cerro Peineta.

Join the TEAM
We'll keep you updated on new products!

V16? Will Bosi Thinks So With First Ascent of ‘Honey Badger’

Youngest Ever to Climb 5.14a Is This Ripped 12-Year-Old